You guys, a month is a long time, and it’s been a while since I’ve had to put this much though consistently into what I’m wearing. It’s fun, but it’s also, like, work.

Which is not to say I’m not still having a blast! I 100% am. Just, you know, if the outfits start to seem lazier, that would be the reason. (Also, I didn’t do laundry this week…) 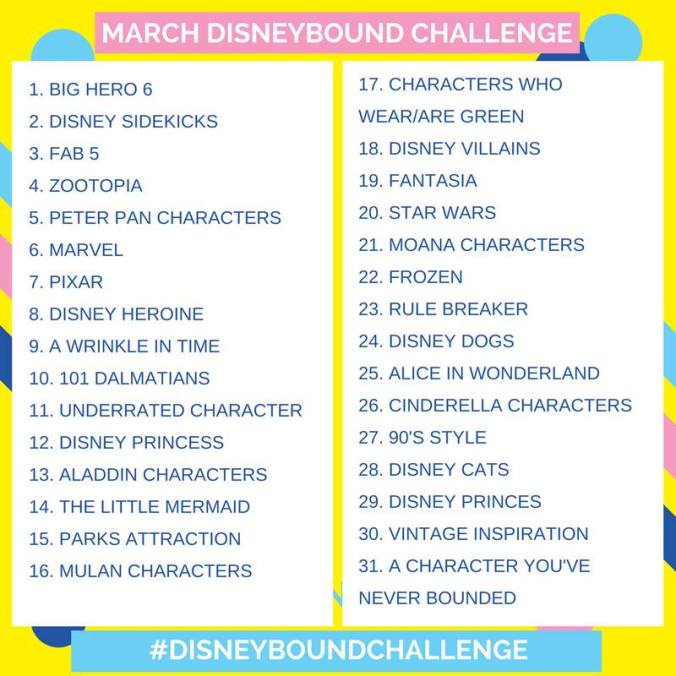 When I was talking about my influences with another writer friend once, I said flat out, “to be perfectly honest, I’d say the things that influenced me the most are Star Wars, The Princess Bride and The Little Mermaid.” (Dawson’s Creek comes right after that.) His answer was a caustic, “yeah, Reen, it shows!” Anyway, that’s why I went for this outfit, which is a take on the pretty pink princess dress Ariel wears after she gets her legs and Eric is all, “Hey, I’mma bring this hot silent girl to my house now.” (Their relationship is weird.) (I still love him.) (That’s why I named the visiting prince in The Marina Chronicle after him!) (My Eric also has a boat!) (My love of men with boats come from my preppy roots) 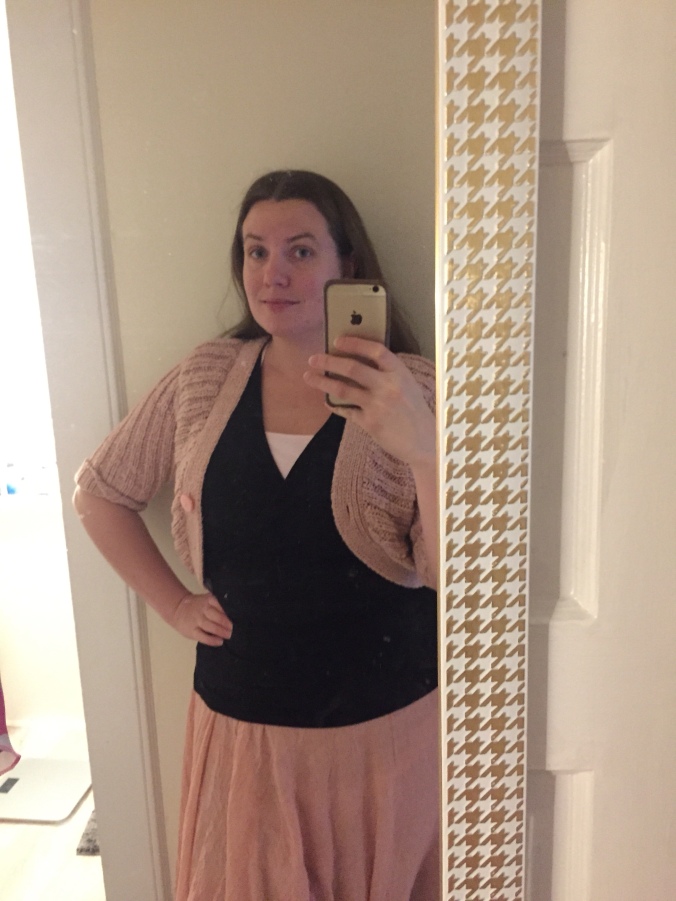 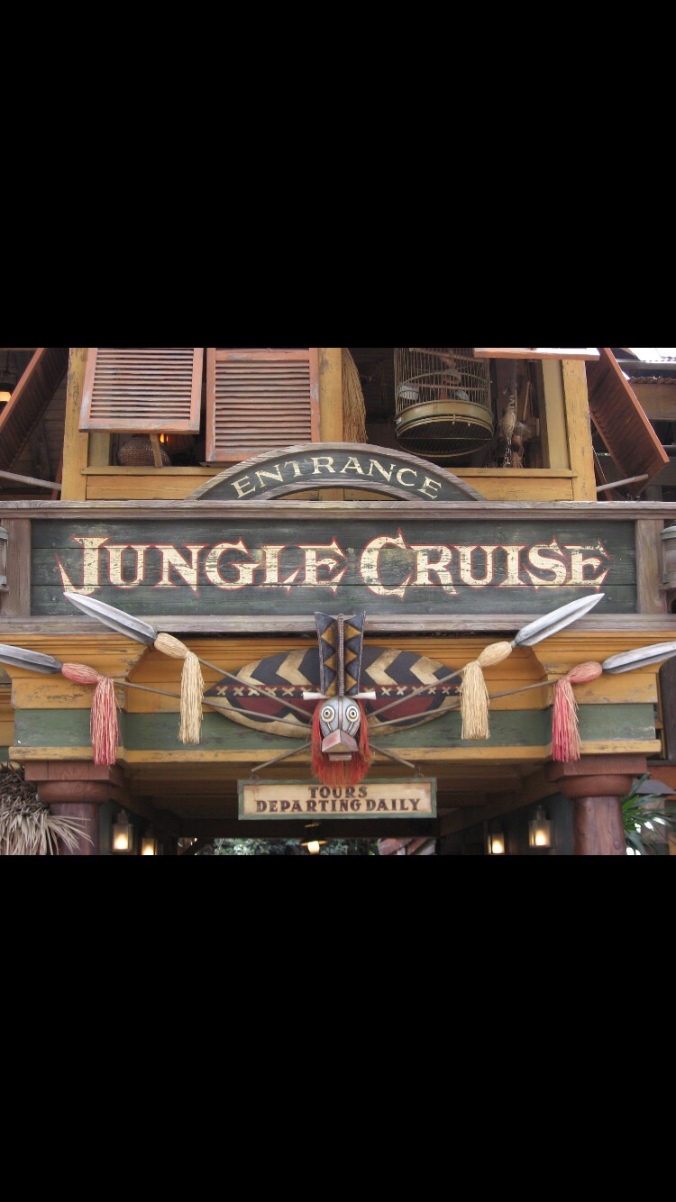 Oh, I was excited for this day. So excited. What was I going to do? Would I wear any of my various Haunted Mansion ensembles? Combine my wardrobe’s natural amount of purple and orange into some sort of Figment tribute? Toss some shine on some white as a tribute to Space Mountain? No no, for I realized, that my Peggy Carter cosplay has an excellent second use! I could look just like a skipper heading out on the jungle armed with only animal based puns!

Mushu was easy for me, since I have a lot of gold tops (seriously, I don’t know how this happened.) and that red cardigan, so you know, it was done. I’m also wearing jeans, because did I mention that I didn’t do laundry? Ok, cool.

This is not my best you guys, but whatever, it was St. Patrick’s day, and whatever I wore had to be comfortable/warm enough to wear walking around NYC for the parade. Thus, my Notre Dame Fighting Irish tee shirt and a black skirt and yellow leggings (like Duck feet). I wanted a hoodie, but couldn’t find one I liked in time. Very in line with our laziest triplet, no? (I also don’t have a picture)

Uhh, March 18 is a lazy day for me usually, so here, braids for the horns, purple and black. I also missed instagram for both this and Saturday. Eh. (Again no pics…sorry$ 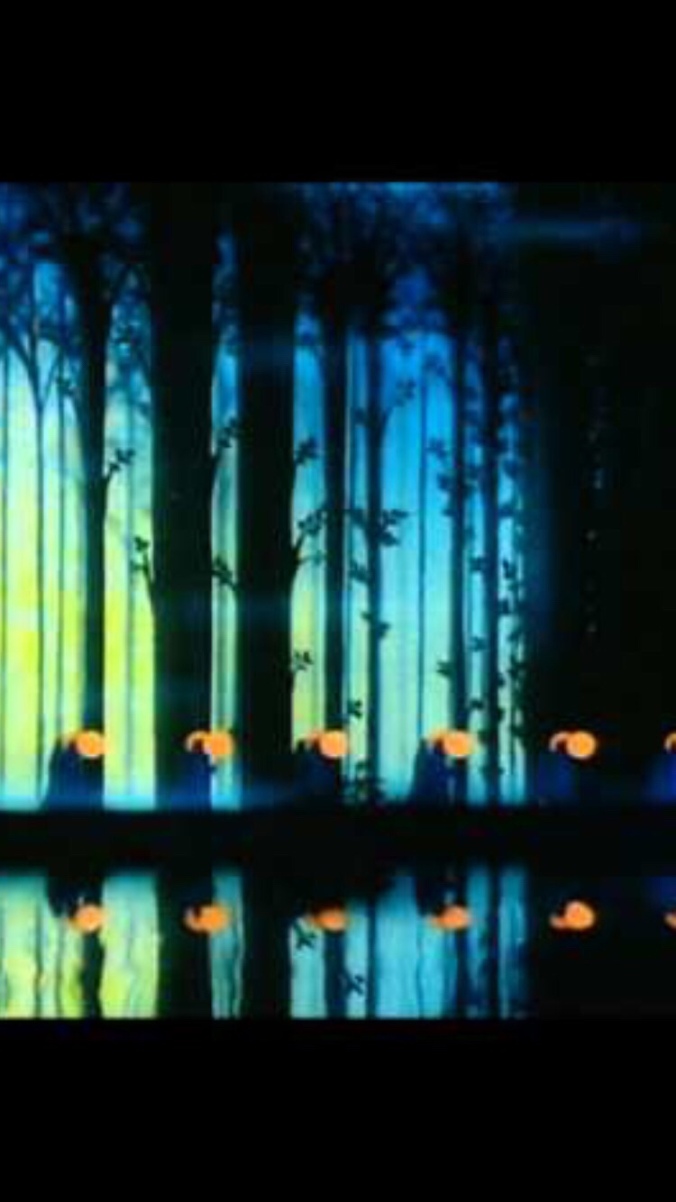 I figured for Fantasia it was worth getting a bit creative and abstract. Schubert’s Ave Maria is easily one of my favorite pieces of music, and while as I kid I often fast forwarded through this segment of the film, I’ve really grown to appreciate it as an adult, especially as a stunning come down from the highs of the Night On Bald Mountain (which I also fast forwarded through a lot, because scary) I’m wearing a royal blue highlighted tunic, and holding an electric candle.

Character: “Do I Have To Say His Name?” – Bruce Springsteen 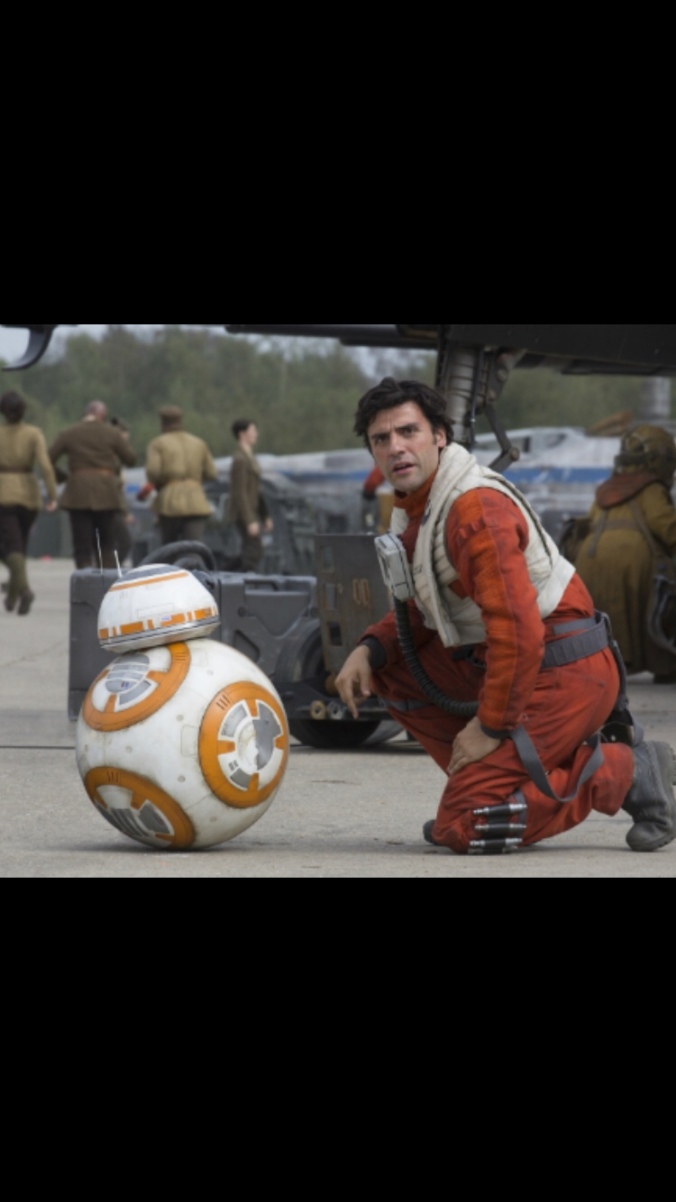 I have so many versions of Poe Dameron that it seemed almost silly to even bother wearing it today, but I did. Orange dress, white vest. You know this one. If I didn’t have work, I’d maybe have gone for Ren Faire Poe, but you know, I did have work.

So that was this week! I got through it. I’ve got more snow coming (ICK!) which derailed some of my plans as I was hoping to go more springy for the coming week. But I’ll work around it!