We’ve known theoretically that Captain Marvel was coming for a while, but there’s been like, no movement on what the movie was actually going to be. Well, that’s not totally true. We knew it had Brie Larson (YAY!), we knew that she was going to be fighting Skrulls. (YESSSS!) we knew that it was going to take place in the 90’s! (SUPER BESTEST BECAUSE KAMALA! And also the possibility of both Spice Girls songs or Meredith Brook’s “Bitch.”) But beyond that we hadn’t even gotten a post credits scene with Carol. (Aless and I have a policy of saving popcorn to throw at the screen each time.) And it sort of felt like it was never actually going to come.

But now we have a picture. And it’s perfect. 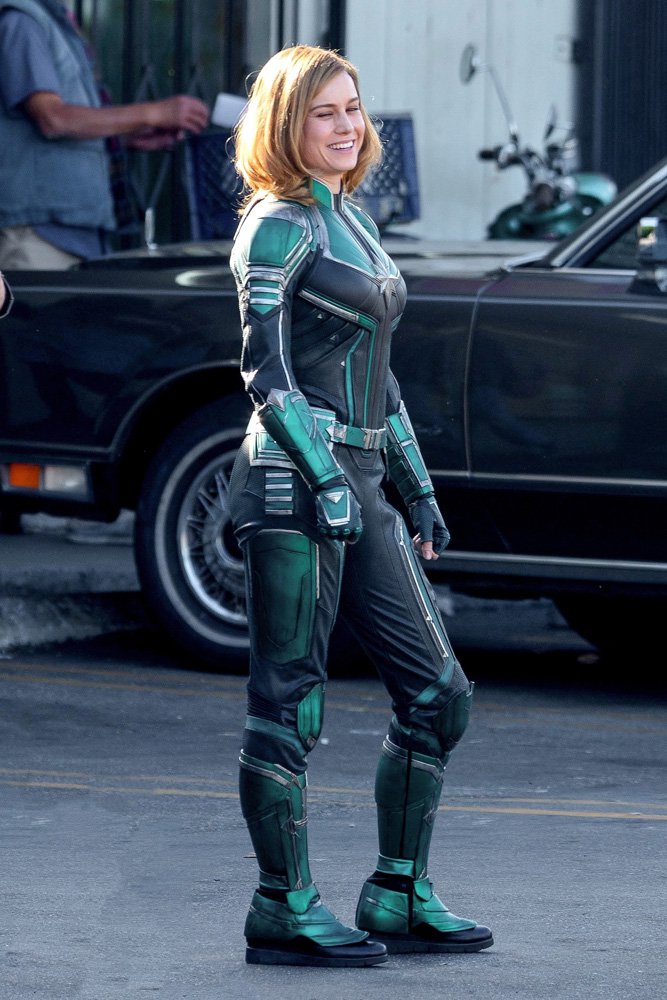 I love her 90’s hair! And I love that the suit is Kree Armor (though if she’s not in the Red, Gold And Blue by the end of the movie, I’m going to be a bit disappointed.) But OMG! You guys, it’s real. It’s happening. We have the Captain!