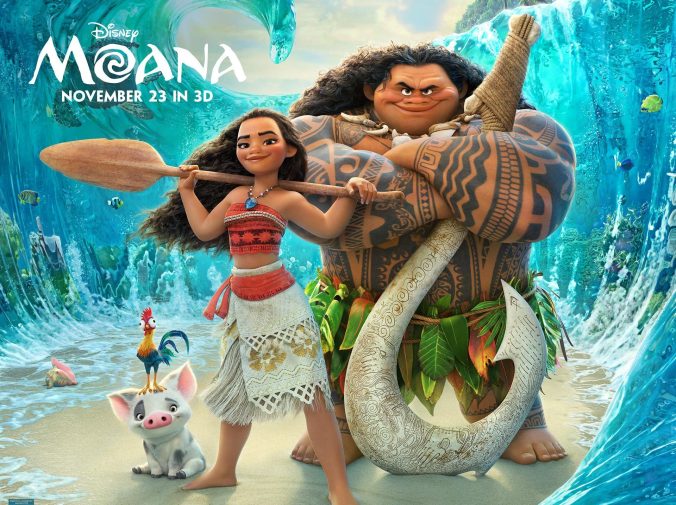 I had very high expectations going into Moana that I tried very hard to temper so as not to be disappointed.

There really wasn’t a need. Moana delivers something so special and well, magical, that I’m having trouble quantifying it. I know this music is special, I know these characters are among the best I’ve ever seen, I know I just saw a cleaner more perfect version of The Hero’s Journey than I’ve seen in a while.

Let’s start with the music. I’m biased because, as I said to Kristi the other night while we ate dinner, “I think that Lin-Manuel Miranda might be the best person to ever live, like on the earth?” I was exaggerating, but I really do think he’s incredible, and this music is insanely good, the way that only someone who’s such a nerd about musical theater could create. Frozen has good songs, but often failed dramatically as a musical, which is why I likened it more to Aladdin over Beauty And The Beast. Moana, is Beauty And The Beast level in it’s success as a musical. No song is wasted, and Moana’s assertion of herself in “I Am Moana” makes “Let It Go,” feel like a quiet squeak of burgeoning confidence. “How Far I’ll Go,” is by far my favorite of the bunch, but “You’re Welcome,” is as charming a piece of music we’ve seen come out of Disney since Menken stopped his output and “We Know The Way,” is exceptionally beautiful.

Moana herself is a treasure. She’s torn between her duty to her family and village (as the Chief’s daughter, she’s in training to take over one day) and her mystical calling by the ocean to save the world. When she finds the way to reconcile it, well, it’s heartwarming and more than a little surprising. As for Maui, well, he’s great, voiced by The Rock, singing Lin-Manuel songs, artfully animated, and thoroughly human, he’s going to be an influence on a lot of people.

The plot is a standard Hero’s Journey so lightly and beautifully executed I’m at a loss to describe it. Everything old Joe Campbell taught is is present, the call to adventure, the vision in the cave, the leaving home, the obstacles to overcome and even the return home.

Moana is wonderful. I don’t have anything left to say about it.

3 thoughts on “It Calls Me”