So in the craziness that has been the last few days, there’s a piece of pop culture news that I didn’t get to properly celebrate.

Young Justice is coming back! 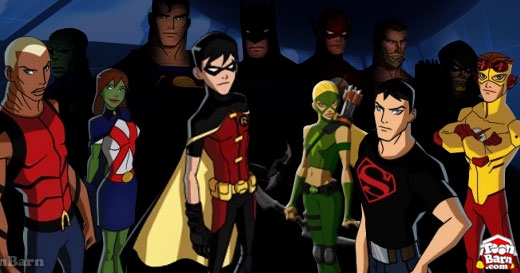 Young Justice is a perfect beautiful cinnamon roll of a show, focused on the teenage sidekicks of the Justice League. In it’s second season it expanded out to include just about every teenage hero in DC’s arsenal (Yes, Arsenal was also a very important character.)

It was also unceremoniously cancelled by Cartoon Network due to not capturing their desired demographic of boys ages 8-13. You know who did love the show? Girls ages 12-18 (and everyone with a modicum of taste.)

Yeah, this show was cancelled because too many teenage girls liked it and traditionally speaking, teenage girls don’t buy toys. They do buy just about every other branded piece of crap out there though, so it was a pretty stupid call.

I give you, Exhibit A

Anyway, DC fans have lobbied loudly and with gusto that we wanted a new season of the show, as season 2 ended on kind of a big cliff hanger, and this week, we learned that we’re getting the show back.

Now, as long as they save Wally West from the Speed Force, I’ll be happy. I also wouldn’t mind an full on exploration of Jason Todd (who we know exists in this continuity, as there’s a memorial to fallen team members and it includes him.) but I don’t expect it because while the Bat-Family are certainly a part of Young Justice, really only Dick is a main character. (Barbara pops up a few times and Tim has a couple decent episodes…but mostly, just our boy.)

I’d also like for Supergirl to get her due here, as she was conspicously absent during the expansion. I mean, it made sense, season focused largely on Superboy (Conner Kent, Clone of Clark and Lex Luthor version) and the second season was mostly about alien invasion. And they definitely didn’t skimp on the female characters. (Bumble Bee is a character in this show. BUMBLE BEE) But especially now, I feel like Kara deserves a spot on The Team.