OK, we’re in the final season! 3 more weeks! WE CAN DO THIS! (Actually, I’m pretty into this batch of episodes, if I’m being honest.) 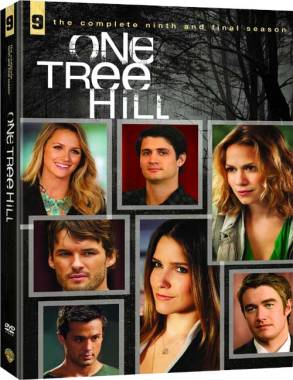 Episode 1: “Know This, We Noticed”

So, it’s time fore the final season. Which I did watch a few episodes of, including this one. We open on a raging fire and a voice over from Nathan. We then see Dan and Chris Keller (!!!!) loading guns and Dan saying to leave the killing to him. Then Clay and Quinn are fighting, Brooke is wrecking the diner and still with the fire.

Then we flash back and we see that the twins are keeping Brooke and Julian up, Quinn and Clay are quite happy, though Clay is sleep walking, so that’s what they’re dealing with. Nathan is in Europe for sports agent reasons, and Haley and Brooke are doing very well running the diner.

Haley is hiring someone (Chris Keller!) to run Red Bedroom, and it’s Chris Keller! I’m so excited to see him, and also, he looks very, very good. He decides to pull his specific Chris thing on Alex, you know, telling her that her song is good, but she’s making it suck. You know, the same thing that he did to Haley. Chase is not thrilled about it because it makes Alex too annoyed to have sex with him, but in the end they fix Alex’s song and Haley agrees to let him run the label.

Brooke has taken to driving the boys around late at night when they can’t sleep, and also, when they are baptized, her father comes. (I love Brooke’s dad, Ted, he’s fun!) Also, Dan asks Haley if he can stay with them because his diner/house burned down. Haley says he can, but then Nathan comes home and nopes that plan right in the butt.

Episode 2: “In The Room Where You Sleep”

So, guys, we need to talk about Chris Keller, and how much I love him.  Right now, he’s pulling the same stuff with Alex that he pulled with Haley, except Alex isn’t married, nor is she 17, so it’s a little bit less sketchy, but it’s like, not cool, but really endearing, and his stupid speak in the third person thing is great, and he befriends Chuck (much to Chase’s annoyance) and he sings a heartfelt song about addiction and wrong choices at the end. He also tells Haley that he’ll be there for anything she needs, which she interprets as him being inappropriate, but I think was him actually trying to be nice?

Whatever, I love him. He’s great and I’m very glad they brought him in for this season, because it gives the show an energy shot in the arm.

This other thing that works? Both Nathan and Brooke reconnecting with their fathers. Brooke gleefully and Nathan reluctantly. Haley has decided to make the “Dan stays with them” thing semi permanent, which works out because Nathan is headed to Europe on a business trip that Clay can’t go on because of his sleepwalking or something. (I remember this. DON’T GO NATHAN!!!!!)

Also, Mouth got fat and Millie is worried. And Clay doesn’t want to talk to a shrink, because of reasons? I don’t know.

Oh boy, so I’m going to knock the Clay plot out right away. Turns out he’s been using cocaine, (possibly heroin?) because he never learned to manage his pain without meds. Considering how this is like, a thing that happens a lot where I live, I’m not in on this plot. When it happened, I said, “NOPE TOO REAL!” But also, it’s a Clay and Quinn plot, so I can probably just ignore it.

Chase continues to be thwarted by Chris Keller, who also continues to be a thorn in Haley’s side, and guys, I just love him. Chase and Chris wind up at a strip club, for reasons of whacky. He also almost sets the café on fire.

And speaking of the café, Dan takes over as cook there and it goes really well, until some people yell at Haley for employing a MURDERER! And she also asks him not to come back, even though things seem to be going well, because you know, it’s pretty disrespectful to Karen.

Brooke realizes that she can’t make her father be someone that he isn’t, but she does get him to invest in Baker Man, the baby clothes company she wants to start, so that’s nice. Julian is still having trouble renting out his studio and space and he loses Jude, and the episode ends!!!

Clay’s sleepwalking, as it turns out, is the reason he’s buying drugs. He doesn’t remember it, he’s been doing it while sleep walking. Dan throws him in the ocean again. This still doesn’t make it any sense. So, I’m going to continue to ignore this plot for the most part, becasuse it sucks.

Julian is feeling really guilty about forgetting Davis in the car (Davis is fine) and Haley has a long wise talk with him and with Brooke about how parenting is all about every day choices. Also, Haley and Brooke decide to take on Tara, the owner of The Tree Hill Cafe.

Speaking of Tara, she’s apparently dating Chris and sleeping with Chase. So that should be fun.

Nathan never made it home and Haley is worried. She figures out that he did in fact land in Tree Hill, but never got home. She assumes that Dan is to blame and freaks out at him. This is actually a fair assessment. She winds up locking her door and calling the cops on him. SIGH.

Because Haley is trying to find her disappeared husband, Brooke is running the café and gets further into a fight Tara, who gives her a cockroach infested plant as a fake peace offering, and Brooke tells Chase that he’s dead to her. (heh) Also, Chase continues to feel guilty about sleeping with someone else’s girlfriend.

Mouth decides to go on a diet when Skills repeats Millie’s point that he’s fat. And Clay befriends a child while in the loony bin.

Overall Analysis of This Arc

I like this version of the show. I like Chris, I like that Haley and Nathan are in conflict about Dan. I like that Dan is around. I like that Julian and Brooke are functional but not without problems. I like that Karen’s Cafe is back. I still don’t care about Clay and Quinn. (I know it’s been 3 seasons. I just can’t bring myself to car) The Mouth and Millie stuff feels off. They’re trying to draw a paralell between this and Millie’s de-frumping, and it’s just not there. Millie wasn’t actually overweight, she was just shy and didn’t have any confidence…Also Victoria as grandparent are amazing