Winter is here friends and it’s time for us to name a winner for the season finale of season 6. This season has been incredible, a roller coaster ride of girl power fighting and righteous vengeance, and winners were often hard to call.

But I decided that this week, we’re all the winner. 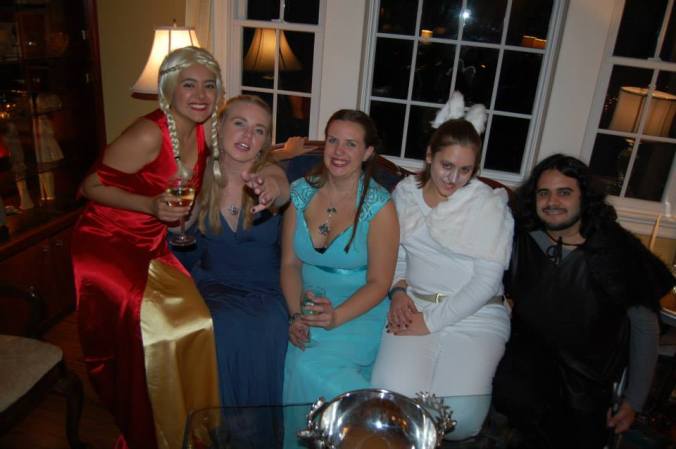 To represent us all, here’s a picture of me and my friends as GOT characters at my 27th Birthday Party!

Guys, The Game Of Thrones was inside of us all along!

Oh and Jon Snow is actually the son of Rhaegar Targaryen and probably the rightful king of Westeros.

R+L = J is CANON MOTHERFUCKERS AND WE ALL WIN!

OK, I’m kind of kidding. I am naming an actual winner. After much internal debate, I’ve decided that Cersei Lannister won tonight’s Game of Thrones. 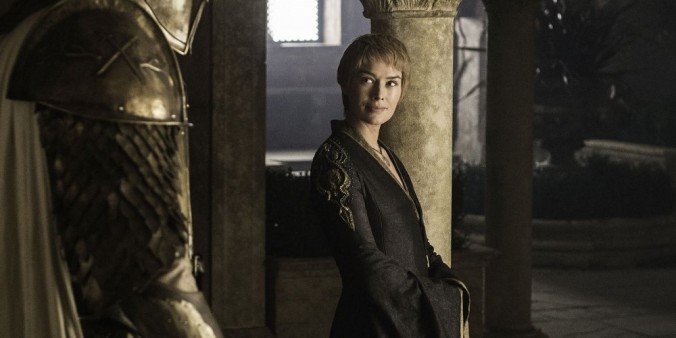 I mean, I didn’t like it. It was brutal and my all time favorite character died in a horrible explosion. (RIP Maergary, I’ll always love you.) She had Franken-Mountain brutally torture Septa Unella, she caused the suicide of her youngest child.

Runner up is Arya, because, DID YOU SEE THAT????

They were barely in the episode. But they’re on their way to Westeros. In other Mereen relationship news, Dany dumped Daario, because she needs to marry someone from Westeros to hold the throne and can’t bring her lover. (PLEASE MARRY JON! MAKE ALL MY DREAMS COME TRUE!)

Sansa said no to Little Finger, she made Jon The King In The North (OH AND HE’S A TARGARYEN!) Sansa’s running things. I’m very excited about it. I’d rather she be Queen, but Tyrion was named as Daenerys’s Hand, and I’m pretty sure? they’re still married, so that could be a thing for her.

Arya fed Walder Frey his sons in a pie and then slit his throat. Guys, Arya is the spirit of Lady Of Stoneheart. But oh, was it gorgeous and perfect and glorious. Revenge is Arya’s, and she will not be stopped.

Dead. After his beloved wife was blown up (seriously, I knew it was coming and I’m still very upset by it),  Tommen took a dive off of the Red Keep. I’ll miss him a lot. But I think that his death is going to make Jaime snap.

Bran goes back to The Tower Of Joy and we see Ned and Lyanna, and she makes him promise to protect Jon, because “if Robert knew, he would kill him.” GUYS! We know now, for sure, that this is a thing. We’ve waited so long. And we know now. We know.

So now we wait. We wait until season 7, or until The Winds Of Winter comes out, whichever comes first.

I’m kidding it will be the show. The Winds Of Winter is never coming out, probably.

I know I still have to go back and name winners for Season 3, and I’m going to start on that very soon. Probably in August. When I get a decent enough lead on One Tree Hill, I should be at a point where I can take the 10 hours out to watch it.

I’m also going to invest in the audiobooks. I want desperately to reread them, but the thought of actually rereading just seems horrendous. So, when I run out of podcasts at work, I’m going to listen to them. I’m still figuring out what that will look like here, but I’m excited.

And I’m working on a Sansa cosplay. I’m not leaving Westeros behind even a little. I never can at this time of year!

2 thoughts on “Game Of Thrones Winner: “The Winds Of Winter””