Guys, Season 4 is here. I love season 4. Season 4 is when everything gets nuts! And there are ghosts everywhere and pregnancies and it’s the best! 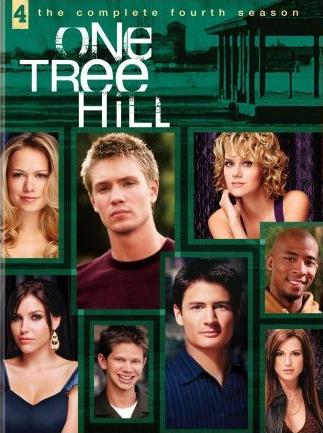 When last we left things, Nathan had jumped off a bridge to save Cooper and Rachel who had driven a limo off of said bridge. Haley was screaming and Lucas was on his way. When Lucas and Karen get to the bridge, Lucas also dives in the water and manages to get Cooper to shore. They then find Nathan and Rachel, both unconscious on the shore.

At the hospital, Nathan is fine, but he doesn’t know what happened, or how he got to shore. Everyone comes and Peyton and Lucas share a very emotional hug, Brooke sees them and decides to confront them about it. She and Lucas break up officially. It’s really sad but pretty great. Also Rachel invites her to move in to her house.

Rachel’s not doing well, but she’s better than Cooper, who is still unconscious. Also there’s a detective that thinks she was probably driving and nothing is worse than Haley telling her that everyone’s lives are worse because of her.

Haley is not wrong here, but it’s a really harsh thing to say.

Finally, Brooke confronts Haley about the pregnancy test, and then she goes to a doctor. Haley’s pregnant you guys! And Nathan is being really spacey and weird. Karen also goes to a doctor and Dan tries to get close to her. She pushes him away because Karen is a smart lady.

And Skills is joining the Ravens. YAY!

Also, Peyton gets a creepy message from someone named “Watchmewatchu” and OMG PEYTON’S stalker storyline and I love this season so much!

Peyton and Lucas courtship begins, even though neither of them know it yet! It’s Brooke’s birthday and they come up with a plan in order to get her and Lucas back together. Lucas will celebrate their birthday tradition of shoplifting Brooke’s present with them. This does not work out and instead, Brooke goes out with Rachel for her birthday.

Haley still hasn’t said out loud that she’s pregnant, but she’s starting to gauge the situation. She almost tells Karen, but Karen’s a little too wrapped up in her own thing with her pregnancy and Dan trying to get close again and also Deb being on pills again and carrying a gun.

Peyton reaches out to her previously unknown half brother, and is rebuffed, but then she makes a podcast about how she’d like to meet him and he magically shows up on her porch. OR DOES HE!!!!! (Seriously, I love this storyline so much)

Lucas also convinces Whitey to let Skills be on the team. Also Dan continues to talk to Keith’s ghost for a while. It’s all very profound and angry. Also, Rachel decides that she has a thing for Nathan and that’s going to be fun.

Probably the most important thing to happen in this episode is that Peyton spends the day with Derek, who is not actually Derek, but is actually her stalker. And did I mention that I love this plotline? Well, I do, it’s awesome. So, we learn in the final scene that “Derek” actually has a ton of creepy pictures of Peyton on his wall.

The Ravens win, which is great for them, and especially great for Skills, since it’s his first game and he kills it. I love that Skills is a main character now, because he’s always a fun presence. After the game, Rachel and Brooke throw a party and Rachel continues to throw herself at Nathan. Haley gets really mad at it and takes it out on Lucas but they talk it out.

Rachel also accuses Brooke of being pregnant. Which is probably the most frustrating part of the “which girl is pregnant” storyline besides just Haley being massively selfish about not telling anyone when Brooke is not pregnant and everyone seems to think she is.

Psycho Derek gets EXTRA Psycho this episode. Lucas is starting to think something is up with this dude but is doing his mopey Lucas thing so Peyton’s not exactly taking it seriously. But he is sniffing her hair and has the crazy stalker wall and the episode ends with him dressing a hooker up like Peyton and having sex with her.

This plot line is BANANAS and it’s also the best.

Meanwhile, we meet Shelly, who founded Clean Teens and I love season four for many reasons and Clean Teens is one of the big ones. Anyway since everyone thinks that Brooke’s pregnant everyone is also weighing in on whether or not Brooke should have an abortion and every feminist bone in my body cringes because much like Brooke I want to scream in everyone’s faces how not up to them it is, but anyway, Rachel thinks she should. Mouth thinks she should have. Shelly eventually admits that she had an abortion and regrets it.

Lucas is freaking out about it and Peyton’s ready to tell him how she feels but “Derek” stops her. It’s all really great and awesome. Also Rachel tries to get into Nathan’s pants some more. This plotline I don’t like as much…

Season 4: Episode 5: “I Love You But I’ve Chosen Darkness”

We come to the first end of the Psycho Derek storyline and it’s the best. Peyton and Lucas’s stuff this episode is pure slasher style goodness. “Derek” pops out of the shadows at random times.  He cuts Peyton’s phone line, eventually, Lucas and the real Derek, (who is BLACK and AWESOME, though we don’t know how awesome he is yet) shove him out a second story window and survive and everything about it is the best and before all of that, Lucas finds the hooker that “Derek” hired all beat up and with a cut on her leg the same place where Peyton was shot.

Because as I’ve said a hundred time (or, I guess five times,) this story is the BEST!

Haley finally tells Nathan that she’s pregnant about a second after he finds out that he has a scholarship to Duke. He kind freaks out and goes right to Rachel. Because WORSTTTTTT. Anyway, she admits that she didn’t see Keith in the water and tells him that he’ll be a great father, he also tells her that they were never going to hook up and looks at her like she’s a total weirdo and this is why Nathan Scott is the most realistic character on One Tree Hill.

Dan is still dealing with his guilt but when Haley comes to him asking him to talk to Nathan he does, but basically tells him, “go to Duke no matter what because it’s your dream and you don’t want to end up like me.” Which is not helpful. Also, Deb is back on pills and it’s really crazy and not fun at all. In the end Nathan goes on TV to announce he’s going to Duke but at the last minute says that Haley’s pregnant and that he still has to think about his decision.

Rachel gets Brooke an internet date with an older guy by saying that Brooke is 23. They have sex at the school. We will see him again.

Overall Analysis Of This Arc

I love the Lucas and Peyton stuff in this season and even though they aren’t OTP for me, it’s good, good stuff. I also love love LOVE the Derek storyline because it really is the first trip into full on soap opera crazy (though not the last. Thank God!) The show just straight up abandons realism at this point and it’s a delight.

I didn’t remember the “which girl is pregnant” storyline being this annoying but it is. As is Rachel trying to get with Nathan. It makes some semblance of sense from her character’s perspective, I guess? But not really.

I barely touch on the Karen, Dan and Deb stuff in the write ups, which I think is symptomatic about how I feel. There’s just nothing much to say about it. You start to see glimpses of the Dan we’ll know from Season 5 on, mired in regret trying to win back his family, but that’s pretty much it. I always hated what happened with Deb from here on out, because she was an interesting character to begin with and from now on she’s just kind of a mess and it’s not as much fun as the show seems to think it is.

Brooke is great this arc. Independent Brooke is the best Brooke, and she begins here. Also her relationship with Shelly and the Clean Teens is a pretty epic one.