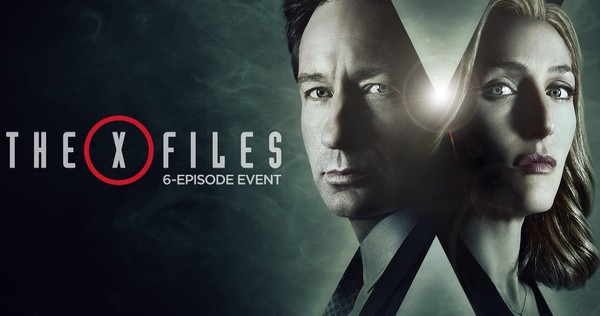 After two young arab men in Texas attempt a suicide bombing on an art gallery that featured a satirical image of The Prophet Mohammed defecating on radical Islam. One of the bombers survived in a deep coma. He’s due to die any moment.

Two young agents have been assigned to him, Agent Einstein (Lauren Ambrose) and Agent Miller (Robbie Ammell! Hey Firestorm, ‘sup?) She’s a skeptical medical doctor and he’s a ridiculously handsome talented profiler who has an interest in the paranormal.

Miller wants to talk to the comatose terrorist. Miller insists it’s impossible but humors him, going to Mulder and Scully for a way to do that.

They are both, of course, drawn to their opposites in the new pair. Scully going to Miller with the idea that comatose patients can perceive their surroundings, and live in an in between place. (She would know, after all…) And they decide to speak to him, using yes and no questions to get information.

Meanwhile, Mulder goes to Einstein suggesting that both he and the patient take Magic Mushrooms in order to communicate on the same plane.

She scoffs but follows through and we get a delightful Mulder drug trip, including country music, line dancing, the return of The Lone Gunmen (in a blink and you miss it cameo, and by the way, I’m disappointed. I wanted real involvement from them. But whatever.) Then he finds himself being whipped by Agent Einstein and then by the CSM, on a slave ship where he hears the terrorist speak in Arabic.

It turns out, by the way, that Einstein just gave him a placebo, and Skinner is just fed up with this nonsense Mulder! (Really, I don’t know what Skinner expects, exactly, he got Mulder his job back after all…)

Anyway, the terrorists mother shows up and there’s some meditation on the love of a mother, and OMG WE GET IT THE THEME OF THE MINISERIES IS THAT MOMS LOVE YOU!!!!!

It was actually a very fun and interesting episode. I liked Einstein and Miller, and Mulder’s trip was a joy to behold.

Next week we get the finale. I think I’m ready.