Hey! Remember that plot? It slowed (though didn’t stall) in this week’s episodes, and we got some fun (ish) backstories for the Helios and Queen Nehelmina, plus some wicked but adorable Amazoness 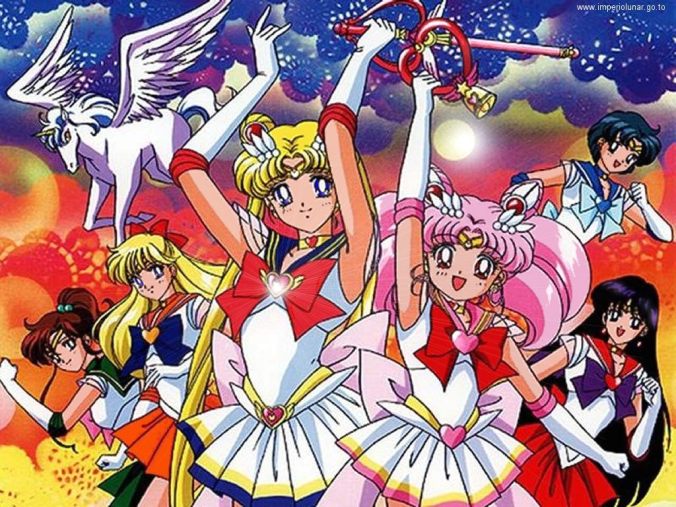 First up, the Senshi all listen while Pegasus explains that he’s actually Helios, the guardian king of the dream dimension. (I just want to say, that I’m 100% using “Sun and Moon” from Miss Saigon as my shipping song for these two. I know this Helios isn’t a sun god, but also in Greek Mythology Artemis and Diana are the same person and Artemis is a lady…so, you know…whatever.) And that his horn is the Golden Crystal and only the person with a beautiful dream can use it. Hey, guess who that is?

Chibi-Usa realizes that she her love can save him, I think? I don’t know, but I do know that the eclipse that Nehelmina is creating makes Mamoru sick for…reasons? Something about how it effects earth and he’s the prince of earth. I don’t know. But Usagi tells him she’ll take care of everything and he lies in bed and it’s really sweet and girl powery.

In the second episode, Chibi-Usa confront Nehelmina, who explains that she was the Queen of Darkness back in the Silver Millenium days and she was REALLY jealous of Queen Serenity. (I mean, who wouldn’t be.) So she decided to get her own Crystal and build her own kingdom and that didn’t work because she didn’t have a beautiful dream, so Helios wouldn’t give her the Crystal.

Also, the Amazoness Girls JUST WANT TO RIDE THAT DAMN HORSE, and Pegasus is having none of it. When they try to grab his horn (hmm, writing it out it sounds pretty dirty…) it releases flames and he freaks out and only Chibi Moon can calm him and it’s adorable. Also, the other Senshi confront dream versions of themselves being piloted by Madame Zirconia meant to undermine their drive. Luckily Usagi is fighting to save the man she loves and her future daughter, so she’s pretty damn motivated.

I liked theses episodes, even though Nehelmina’s backstory makes just about zero sense. Not that she was jealous of Serenity, that’s fine. But everything else is a little too muddy. I do love her look though. And any Palla Palla is good Palla Palla.

We’re heading towards an epic battle, I can just feel it.