In honor of finding out that Charlie Hunnam will be donning Christian Grey’s tie, (I’m psyched, though I was rooting for Matt Bomer.)

LOOK AT THE TIE! Seriously, though, this was a good decision

I’m going to post a little piece I’ve been working on since I finished reading the 50 Shades trilogy back in January. I was late to that party, because, to be frank, I’ve never been super into fanfiction. 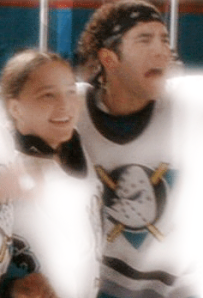 Unless, of course, it involved these two. Then ALL THE FANFICTION! (Shut up, I know it isn’t normal) 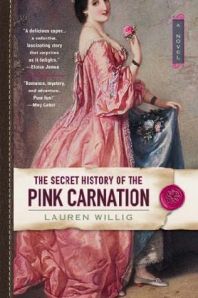 This one has sexy parts, and is about English spies in Napoleonic France, and is technically a sequel to The Scarlet Pimpernel. I recommend it instead.

As I read though, here’s where my twisted brain diverged from the average woman reading it, “Huh,” I thought to myself, as Christian Grey showed Anastasia Steele around his sex dungeon, and taught her how to use his toys, “if you did some tweaking, this would make a decent Batman story.”

Now, hear me out! I’m not saying that Christian Grey, or the wussy vamp he’s based on, Edward Cullen would make good Batmen. Had Christian chosen to pursue crime fighting over weird sex, perhaps, but he didn’t. And Edward’s obsession with Bella rules him out. In The Dark Knight, Batman kept fighting even after the Joker blew up the love of his life. When Edward saw a vision of Bella jumping off a cliff, he tried to kill himself. He is not Batman material.

BUT, there are certain elements to 50 Shades of Grey that lend themselves to well, Batman.

THESE ARE ALL CHARACTERISTICS THAT HE SHARES WITH BRUCE WAYNE.

It’s just that Christian’s secrets are a different breed of weird than Bruce’s. I won’t say more or less. It’s not my place to decide if asking women to sign a sex contract is more or less weird than dressing up like a giant bat and fighting a psychotic clown. Anyway, due to these characteristics, I give you, “50 Shades of Wayne:”

Young Anastasia Steele, (it’s a great name, I’m not changing it) comes to Gotham City to interview newly returned from mysterious trip around the world for her college paper. She didn’t want to do it, but her roommate got the flu, and so she had to. (Also keeping this part of the story, because wow, what a shitty and yet amazing plot device.) She goes to Wayne Enterprises to meet with him, and is immediately stunned by how handsome and huge this Bruce Wayne guy is. Because she’s kind of an idiot, she bumbles through the questions but he does his whole smooth adorable Bruce Wayne-ness. She finally gets through to these questions:

Ana: Your parents dies when you were very young. How did that effect you?
Bruce: (Vague answer about charity work and legacy and maybe a reference to falling?)
Ana: Are you the vigilante that has recently appeared in Gotham known as The Batman?

Of course he says no and she’s embarassed and they part wyas. A few weeks later, he contacts he again. They have dinner at his home, stately Wayne Manor, and he says, “I want to tell you my secret.” (This, by the way, is the exact quality of the dialog in 50 Shades.) Fascinated by him, she follows him through the grandfather clock in his study. “I lied when you asked me, I’m Batman. I find you  fascinated and I had to tell you.”

Then they have sex in the Batmobile, and their relationship gets very intense and then she gets murdered, maybe by the Joker, possibly Two Face? I’ve never been able to decide.