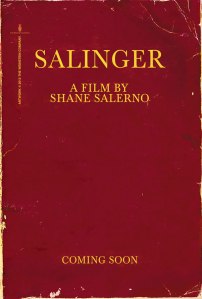 When I say that I love Franny and Zooey, and Nine Stories I don’t think that it is a reasonable way of talking about it. The first time I read Banana Fish, I remember feeling like there was something stirring inside of me. I was in college when J.D. Salinger first spoke to me, through the remarkable Glass family.

I didn’t expect to like it, at all. I expected to feel how I felt when I read Catcher in The Rye in high school. “This? This is what everyone’s always talking about? This whiny teenage boy who I hate?” (By halfway through my junior year when I read it, I’d had it up to my eyeballs with angst-y teenage boys.) I reread Catcher later in life and enjoyed it a lot more, but I don’t love it the way a lot of people do. I do love Franny and Zooey that way.

Anyway, Shane Salerno’s documentary Salinger, is meant to be a biography. Salerno and his crew interviewed over 150 people to try to make sense of the bewildering author. The film feels a little disjointed, because there are so many versions of Salinger that people have concocted over the years in their heads. 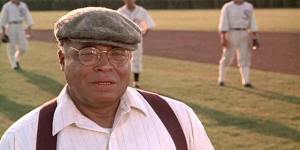 This is my particular favorite

It’s an interesting film and Salerno certainly is as in love with Salinger as anyone, and Salinger was definitely a fascinating genius. His writing has connected with three generations of people and changed lives. He is absolutely worthy of the kind of attention he’s received and his peculiar legend. Here’s what annoyed me about a lot of the discussion in this film:

I do think it’s bizarre that after writing the book that has defined adolescence for many people J.D. Salinger decided to move to the mountains and withdraw from the world. I also think that he threw the world’s biggest hissy fit when people didn’t like his final story and then decided to horde and not publish the rest of his work.

But here’s the thing. It was Salinger’s work. It doesn’t belong to us. We aren’t entitled to it just because when we (as a society, not me personally) were fifteen we connected with a character he created. We weren’t entitled to more J.D. Salinger, and he definitely didn’t owe people answers and nothing gave people the right to intrude on his life and privacy and demand that he give them. (The alarming number of people who felt like this was OK, terrifies me.)

As a person who loves literature, I’m very excited over the next seven years to read the complete stories of the Glass and Caulfield families. I hope they’re wonderful and penetrating and exciting. I hope that they say amazing things and make my heart flutter.

But my heart won’t break if they aren’t anything special. I won’t feel like literature has lost anything, because it won’t have. Holden Caulfield will still hate phonies. Seymour Glass will still never get over World War II. Zooey Glass will still gently and lovingly tell his sister Franny to snap out of it. Nothing can take those things away.

Salinger will still be that crazy, perfect, hermit, genius guy.

Enough Said was probably going to make me cry anyway, and knowing that is was Gandolfini’s final work will just make it worse.

8. The Mortal Instruments: City of Bones